Setting Up Your First Campaign

Campaigns are the heart of your automation. They allow you to send relevant automated messages to your users based on what they do (or don’t do) inside your app. For each campaign, you’ll need to set up a trigger (when to start sending), write actual messages, and define the optional exit goal.

You can create a new campaign using a corresponding button in the top right corner, then fill in a short form with the campaign settings: 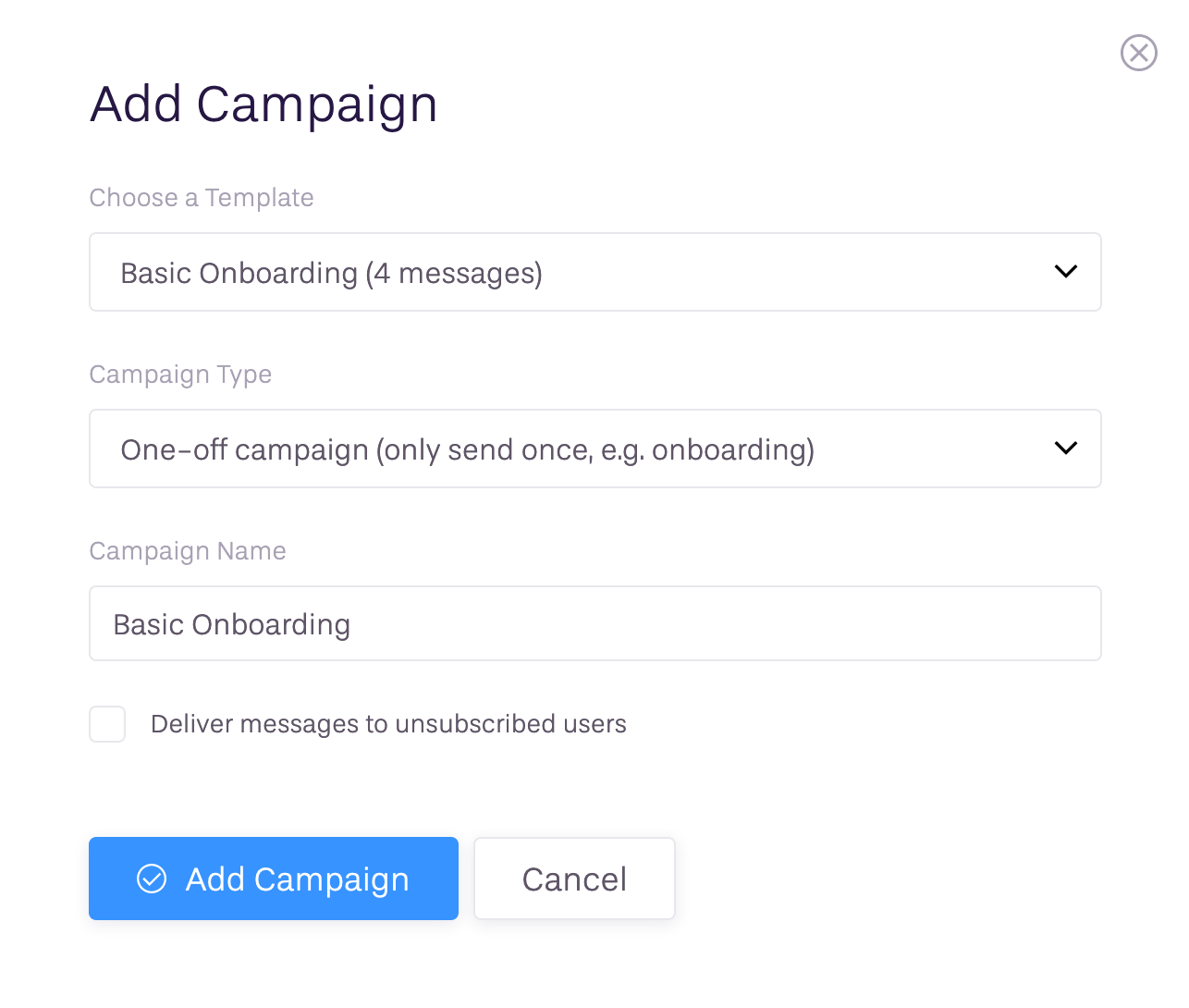 These settings can be edited at any other time, too — they’re available in the Options menu in the campaign screen.

You can read more about best campaign practices and sending to unsubscribed users from these articles:

Each campaign has three sections: Trigger, Messages, and Exit Condition (the first two are required). 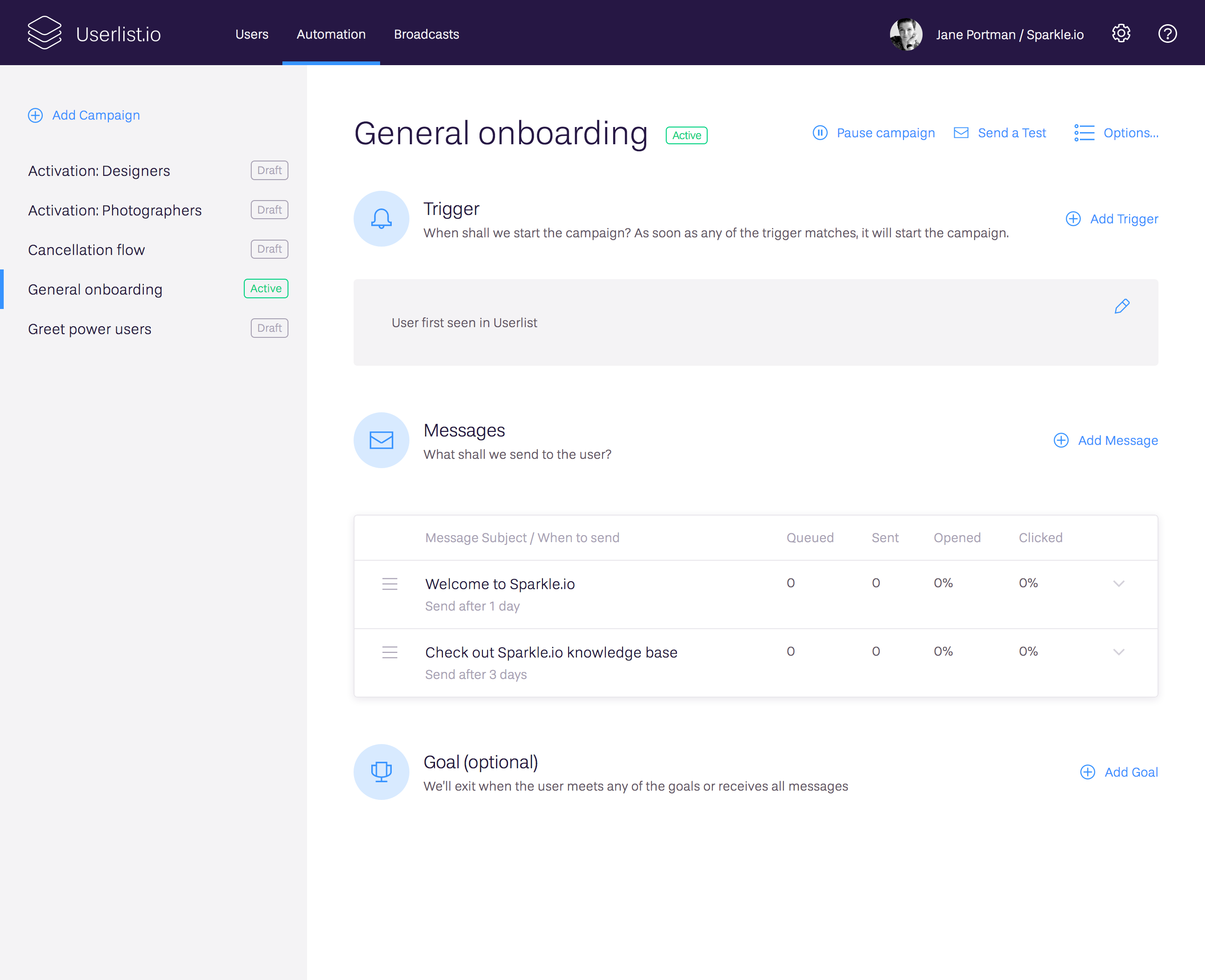 A trigger is a moment in time (typically an event) when the user enters the campaign. Once they do, it doesn’t matter whether they meet that criteria any more: they’ve already started advancing through the messages.

Each user can only enter a campaign once, so you don’t have to worry about them receiving the same content (even if the trigger event happens again).

See what happens in different edge cases, when you update your segments or reorder campaign messages:

This section shows a list of messages (one or more) that will be sent to the user once they enter the campaign. There’s no logic inside the message list — emails are simply sent one by one, and you can customize a time delay for each of them. The list displays email stats (total sends, opens, and clicks) and allows for reordering messages.

When you reorder messages in a campaign that’s already been running for a while, a list of users queued up for a message is moved — up or down — with the message itself. The system will skip messages that have already been sent to a specific user, so the same message will never be sent to a user twice. That’s because each message has a unique ID, which won’t change even if you shuffle messages around or update the message text.

Exit Condition (previously known as Goal) allows you to terminate the campaign if the user meets certain criteria. As an example, you have a campaign that promotes a specific feature: there’s no point in sending further encouraging messages if the user already did what you need them to.